Home/Blog, Customer Service/What Would You Do With The Post Office?
Previous Next 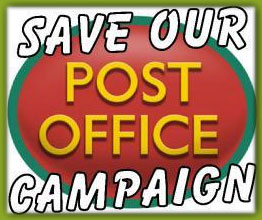 Okay so the United States Post Office isn’t high on my list and is the butt of many jokes. In fact I wouldn’t be surprised if “going postal” hasn’t made it’s way to the dictionary by now. I hate to date myself but I remember waiting for my weekly letter from my college boyfriend when I was a junior in high school. I loved the mail man. In my town, Craryville, New York, the general store doubled as the Post Office and Sam Flaum ran both.  Sam was so nice I used to think he owned the Post Office!

I personally don’t know anyone with worse customer service. I rarely go there; and when I do I’m afraid to move around too much. I’m afraid they might think I’m a spy. I’m not sure I wrote about my incident with them; I left my brief case by the counter, turned around to go back and get it and there was a sign posted on the door, “closed emergency!” I immediately got on my phone and called the branch and was told someone had left a suspicious brief case and they were taking it to the bomb squad. At first I thought it was a “little joke” and then realized they were serious and I was the problem. To make this short, they wouldn’t give me back the brief case for a day (and I was off to New Orleans to train) and it cost me $80.00 to have my brief case shipped overnight when it was finally released.) One of the clerks called and apologized; she said she knew me and told them  I was a good customer and harmless. Of course they wouldn’t listen. She also suggested they send it out free–since they  could– but they refused.

You know the airlines seem to always get dumped on and yet last week on my way back from Chattanoga, TN, the US Air flight attendant  put her coat over me while I was sleeping. I had mentioned I was cold; wasn’t than nice?

So why can’t the US Post Office make it? My friend Dan Alcorn, “Retention Marketing” tells me they have been trying for years to get permission to “become a business” but the federal government won’t allow them to act like anything other than a government agency. What a frightening statement. Are all agencies like this and I just missed it? You can’t even look at the “Wanted” posters without having the clerk give you the once over.

I don’t know any other agency with worse manners or “entitlement behavior” than the United States Post Office. With their “don’t cross over lines” and their signs “I’m closed” just as someone steps to the counter. Frankly I think it’s more than the fact they’re a government agency or am I just blind. Are they all this difficult? I never go to the Post Office, I go to my friend who owns The UPS Store #3639 where he has tootsie rolls and does everything including estate packing.

Here are my suggestions:

Set some budgets  for each outpost and close the ones that can’t make their numbers. Or if they’re the town gathering place let them do fund raisers to stay in business. I came from a small town where the post office was the gathering place so I understand this problem.

Add some other services, why not do faxing, binding, make copies and business cards. I know what you’re thinking, they’re the “Post Office.” These days you have to do what the customer wants, not what you want if you want to stay in business.

Act like you like your customers. As long as I’ve had an address I’ve never received a note from them thanking me for my business. I get a card from UPS Store 3639. It’s not like the post office doesn’t have my address. How about a birthday card?

Do something with the commerative stamps.  Did you know they sold 124 million of the 1993 Elvis stamps. I think this is the biggest waste of time. I love the stamps and used to collect them until it became a hassle. They could have contests, charge more for these stamps and let real people put their faces on the stamps. Wouldn’t there be a stampede if this was possible?What fun, having your face on a stamp. I’m into it. What better way to build your brand?

How about an invite to a “stamp collecting parties?” It’s not like they don’t have access to their customers.

Wouldn’t it be fun to have country western night at the Post Office? (Along with a commerative stamp of course and a big deal country and western star?) They could have inductions like the Rock and Roll Hall of Fame.

Why not hire Ron Johnson who came from Apple and was grabbed by JC Penny? By the way there’s a great interview with him in the December issue of the Harvard Business Review; Retail Isn’t Broken the Stores Are. Is online postage, UPS and FedEx killing them? I’m sure everyone is stealing marketshare and with good reason.

How about some customer service training? I would like to see the post office get “red hot,” be a fun place to go and provide lots of new services. I wouldn’t mind doing some training for them.

If the truth really is that the Post Office must act like a government agency and this is the problem,  our government sure needs fixing.

Lisbeth Calandrino is a sales/customer service trainer and has been for the last 20 years. Her book, Red Hot Cusomer Service provides great ideas and suggestions for using customer service to improve the bottom line of your business.