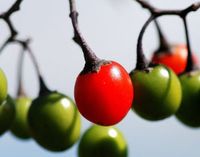 My definition of customer service is giving the customer more than then they expect, i.e. Red Hot Customer Service. That’s exactly what JetBlue did Friday, October 30th at JFK International Airport.

Customers going through the terminal dressed in costume could show off their dance moves at the first-ever silent Halloween Eve disco. Friday I receive an excited call from Elin, designer supreme at Leader Carpet telling me about the event in J.F.K. Airport.

Elin’s comment: “Isn’t that cool?” I asked her what made it cool and she replied “It just is.” She’s right, it just is.

Here’s how it worked: When you went through security you would be given a set of headphones. Through these headphones you could hear a deejay spinning music. Of course, no one else in the terminal would hear the music.

That’s why it was called the “Silent Disco.”
“Our Silent Disco is about giving customers and crew members the chance to tune in to some great music, to burn some energy before getting on a flight or to shake out the stress of the week,” said Kim Ruvolo, brand manager for JetBlue Airways.

The event was produced by JetBlue partnership with Super fly Marketing Group.

So what do Jet Blue’s customer s think? In order to find out, JetBlue took a poll:

Would you dance in an airport lounge?

So, 80% of the customers will dance for one reason or another.

I call this customer service at its finest; assuming they got to their destination on time, no foolishness like overshooting the run way by 100 miles, or losing some serious luggage. This is just doing your job or the price of admission to be in the airline business.

Customer service is delighting your customer, making them smile, going beyond the call of duty, or doing something that makes you unforgettable. The key, as brand manager Kim Ruvolo said, is to give the customer something different.

Being different can also build your competitive advantage—but only if the customer loves it. My friend in Boston told me about an experience she had with her hair dresser of at least 20 years. It seems she showed up at her regular appointment to find the usual docile German Shepherd guarding the couch. The closer my friend came to the couch, the more menacing the German Shepherd became. She said it really scared the wits out of her; the dog had never exhibited this kind of behavior. Eventually the owner came to her rescue and asked my friend if she had done anything to frighten the dog! My friend, a little in shock, eventually got her hair done and went home. On her answering machine was a call from her hairdresser.

“It’s a good thing she called,” said my friend. “She was about to lose a good customer.” My friend, however, goes on to say there was no apology, just more defense for the dog. The dog also has a stomach problem, making it even more questionable whether he should be at the workplace.

What’s next? My friend called to tell me she has a new hairdresser, and she’s done a marvelous job!
No amount of silent disco dancing could fix this problem.
What could they have done to make it better?

What would you have done to make this right?