Status Quo is Latin for “The Mess We’re In”

Status Quo is Latin for “The Mess We’re In”

Yesterday I was speaking with my friend Tom Ramsey about the economy, and asked him what he thought about the current state of affairs. His response was memorable: “Status quo is Latin for 'the mess we’re in.' Nothing good will happen unless something or someone changes — for the better.” 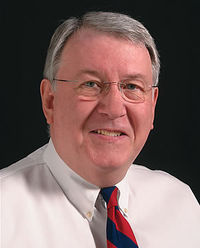 As far as I'm concerned, it’s almost like talking to the President himself! Sure, the president has a headache as a result of everything that's going on, but it’s not all his fault. Part of the problem seems to be that everyone wants things to go back to the way things were when things were good. “The big three,” you may know (and I’m not using capitals anymore for them), want bail out money so they can feel better, keep their lifestyles the same and basically pretend that they’re not in the dumpster.

Wouldn’t it be wonderful if we could have someone give us money too so we could turn back the clock to better times?

If anything is to be different with your businesses, you will have to bite the bullet, get focused and hire someone who thinks differently. It amazes me how often business owners hire someone who thinks like them. That reminds me of the old sentiment, “misery loves company." When times are good, why listen to anyone? We know it all, and why break it if it works?  When times are bad, a business might find out how really off the mark it is. Over the years, I have hired several coaches during both challenging times and good times. I always feel energized after meeting with them — my ideas get validated or questioned and I'm able to find some new options. In any event, I see that there's the possibility of change.

The game around us is changing these days and the rules are changing. Things are not like they were. I might venture to say they might never be like that again but I’m reminded of when I wrote we would never see gasoline at $2.50 a gallon — and last week I saw it for $1.89! So who knows?

If you’re losing money, the first thing to figure out is why. What has changed for you? Yes, the economy has changed, but more importantly have you been changing along with it?

I saw a TV ad the other day for Best Buy where the salesperson was talking about how they were located near a military base and they had special offers for military personnel and their families. The salesman also spoke about how proud he was of our military forces. Obviously, the opportunity was there and they grabbed it.

Are you losing money? If so find out where the loss is coming from and stop it. Stopping it is different than hoping it will stop. It's the difference between being proactive and reactive.

A highly respected business owner told me recently he was losing business in one of his stores at the rate of x number of dollars a month. He said, “If this continues I will have to close the store next year. I’ve tried all kinds of things but it’s just not getting any better.” He was essentially asking me, what should I do?

I looked at him and said, why not just close the store?

He was somewhat taken back by my statement but I continued by saying, look at all the money you would save if you closed? Of course there were other issues involved – a building lease and a centralized warehouse. But this alternative created new opportunities that he hadn't considered – opportunities that could turn out to be more profitable than he though.

Social media is a geat way to change your business. And in this environment, it's critical. Do you know what customers are saying about you? Are you controlling what they say? Is blogging still out of your vocabulary? Check out Remarkablogger or Duct Tape Marketing. Both are great sources.

Are you so entrenched in who you should be, could be and want to be that you can’t see who or where you are? I think of a musician friend of mine who continues to talk about the success he had 10 years ago and how he wants the same thing. What may be missing in the equation is: what’s changed since then, and where can you go with it?

What many businesses need is to get hit with “a dose of reality.”  I’ve heard people respond to this by saying: you’re stealing my dream! My thoughts are, unless you are going to live in your dreams there are very few options there. I just picked up a copy of the December 2008 issue of Entrepreneur. There's plenty of information on trends that will help you with reality. It really is the best place for you and your business, as it provides you with the most options. Start reading, talking and tuning into your reality – it’s possible success is hiding right under your reality nose! Do whatever it takes. Invest in training programs that help with reality and change. Remember, in bad times, word of mouth is still your best bet.